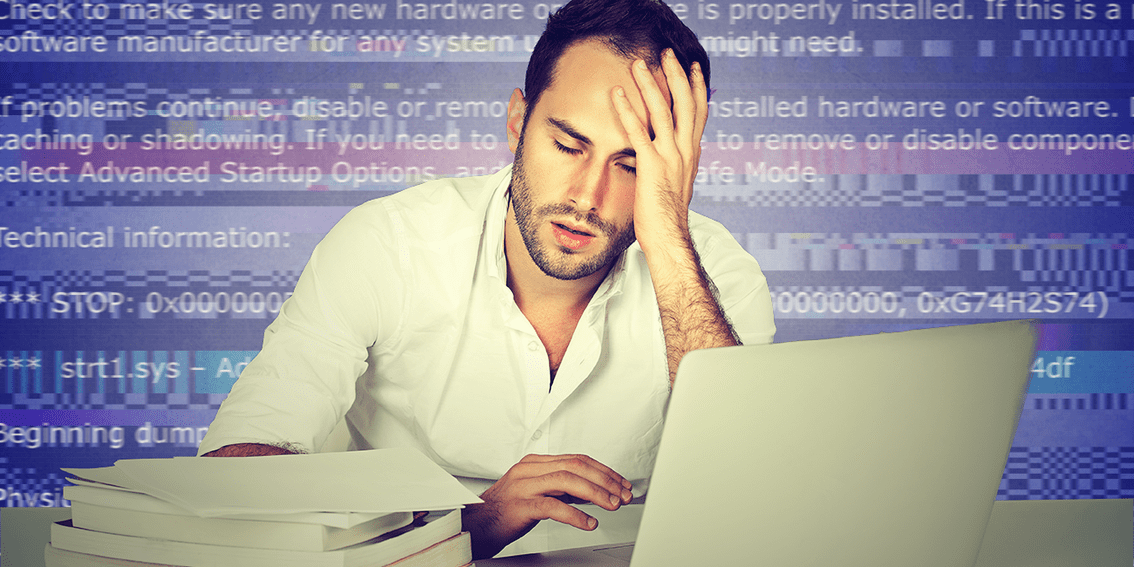 In computer science, thrashing occurs when the process of data transfer prohibits the execution of operations. When your computer is thrashing, it’s perceived as slow, sluggish, on the verge of crashing.
Remember when you tried to open that PDF on your older work laptop and you saw Adobe Acrobat launch in your task bar but the application never actually displayed the document? You felt like your computer had frozen trying to open the PDF, because you were working on like 10 other things at the time. You didn’t have time to wait for Adobe, so you killed the non-responsive program.
Your computer was likely thrashing. People thrash, too.

You see it on a daily basis. Think of that self-proclaimed expert multitasker you know. The one who never really seems to get anything done. Take pity. They may be living in a perpetual state of thrashing.
As Brian Christian and Tom Griffiths put it in Algorithms to Live By: The Computer Science of Human Decisions:

“Thrashing is a very recognizable human state. If you’ve ever had a moment where you wanted to stop doing everything just to have the chance to write down everything you were supposed to be doing, but couldn’t spare the time, you’ve thrashed. And the cause is much the same for people as for computers: each task is a draw on our limited cognitive resources. When merely remembering everything we need to be doing occupies out full attention–or prioritizing every task consumes all the time we had to do them–or our train of though is continually interrupted before those thoughts can translate to action–it feels like panic, like paralysis by way of hyperactivity” (Christian and Griffiths, 123).

It’s a condition that’s easy to get into, and difficult to work out of.
When you’re multitasking, you’re never focused on one thing. In fact, the term is a misnomer; people can’t actually do more than one task at a time. What you’re doing when you’re multitasking is switching from task to task. In computer science, this process is known as paging. Paging is the process of swapping data in memory for data on disk, i.e. task switching.
Taking a look at the Verilogue database, we see tons of conversations around multitasking. Patients often use it as a benchmark for disease progression or impact of treatment.

PT: I used to be able to multitask way better before.
PT: I’m not good at multitasking anymore.
PT: Multitasking is pretty much out of the question.

Most physicians take this feedback, with other quality of life concerns voiced by patients, as a cue to adjust current treatment. Some note the issue as cognitive dysfunction and suggest psychotherapy. Others recommend sleep and vacationing to reduce stress and anxiety, which is attributed to patients’ inability to multitask.
But only 2 out of 20 physicians address the issue directly, emphasizing that the best way to reduce the overwhelming feeling of thrashing is to focus on doing one thing at a time.

DR: Try to concentrate on one thing. If you have multiple things, do multiple things at one time, it’s more difficult with you.
PT: Yes, yes, definitely.
DR: So try to just do one thing at a time.

DR: Now, that’s very good, compartmentalizing, you know, issues is really, really important, and that’s great that you’ve learned, learned that.
PT: Yeah.
DR: Uh, because sometimes, you know, some people will tend to, you know, lump everything together and they’ll make the stress go much higher, the anxiety go much higher. So, isolating things, separating them out is really is a good idea.

Sometimes working dumber is working smarter. Consider your inbox. Instead of scanning and prioritizing emails that need a response, just start responding. You’ll likely find that without spending time scanning, prioritizing and considering all the emails in your inbox every couple of minutes–a routine that can consume an enormous amount of cognitive resources–you’ll have the entire thing cleared out in no time.
If prioritization doesn’t matter for the tasks at hand, consider randomly completing tasks one by one, as a great way to work out of your “thrashing state”. If prioritization does matter, meaning you have to make a trade-off between responsiveness and execution, “establishing a minimum amount of time to spend on any one task helps to prevent a commitment to responsiveness from obliterating throughput entirely” (Christian and Griffiths, 125).
Consider, again, your inbox. If you prioritize the list and dedicate a minimum amount of time to responding to emails before checking to see if new, more urgent emails have been received, you ensure things get done efficiently. You guard against thrashing, because you’ll never spend more time sorting email than responding to it. You also maintain prioritization. Tasks are still being completed one at a time, but here you’re working slower, not dumber, to achieve better efficiency in task completion.
And how responsive should you be? “Try to stay on a single task as long as possible without decreasing your responsiveness below the minimum acceptable limit. Decide how responsive you need to be–and then, if you want to get things done, be no more responsive than that” (Christian and Griffiths, 126).
That’s how modern computer operating systems work. They ignore users as much as possible without it being noticed. They time-block to avoid thrashing due to too much context switching. They do one thing at a time, and they do it quickly.
Keep this in mind the next time you’re feeling overwhelmed with all the stuff going on at work or in life. It just might help keep you from thrashing.
(And if you found this post relating human and computer behavior interesting, you’ll love Algorithms to Live By. Check it out and let us know what you think!)

Chase Woodford is a designer and developer living in the suburbs of Philadelphia. He is part of a three man rock star development team at Verilogue. He enjoys reading and writing about web design, user experience and time machines.

Verilogue offers fly-on-the-wall access to candid healthcare conversations between patients and their healthcare providers. Verilogue’s trained linguists analyze these dialogues using their expertise, and provide unique insights for our clients. Reach out with questions or comments via the below form!.